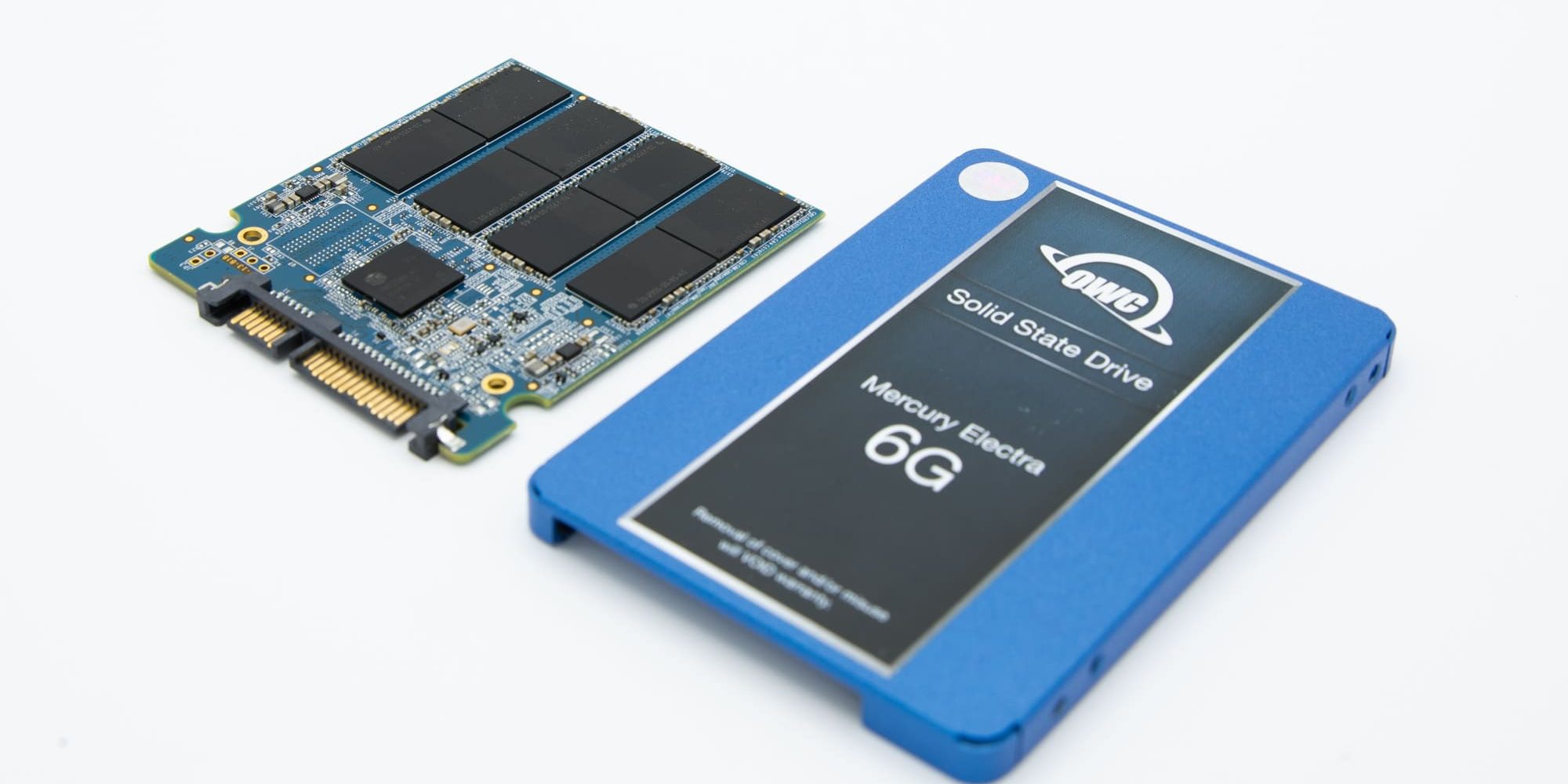 Solid-state drives, including embedded flash drives, are becoming more and more popular over the several years. They allow data to be read, written, and accessed faster than hard disk drives and perform all the processes without moving parts. Many modern computers and tablets have SSDs instead of traditional HDDs. Solid-state drives typically allow users to access data, run applications, and boot up their computers faster.

You do not have to worry about SSD mechanical components wearing out over time. It is because there is no moving arm that writes to a spinning disk like a traditional hard drive. It does not mean that SSD will not wear out. Capacitors degrade over time, the power supply may fail, and the controller chip may break. In this case, you will need a specialized data recovery company to restore all your files.

PITS Global Data Recovery Services provides reliable and advanced data restoration solutions for solid-state drives of all brands and models. All our recovery options are performed according to international standards.

Our data recovery team recently received an OWC Mercury Electra solid-state drive for diagnostics. The drive was unable to initialize, and the customer complained that it was impossible to access the data that was on it. The media storage did not boot and remained inaccessible despite repeated attempts to enter on several host computers and with various cables.

Previously, the client came across common hard drive failure symptoms such as “no bootable device” error, Blue Screen of Death, and read-only state. However, he continued using the device without fixing it. Further, the drive failed, and all the data was lost. 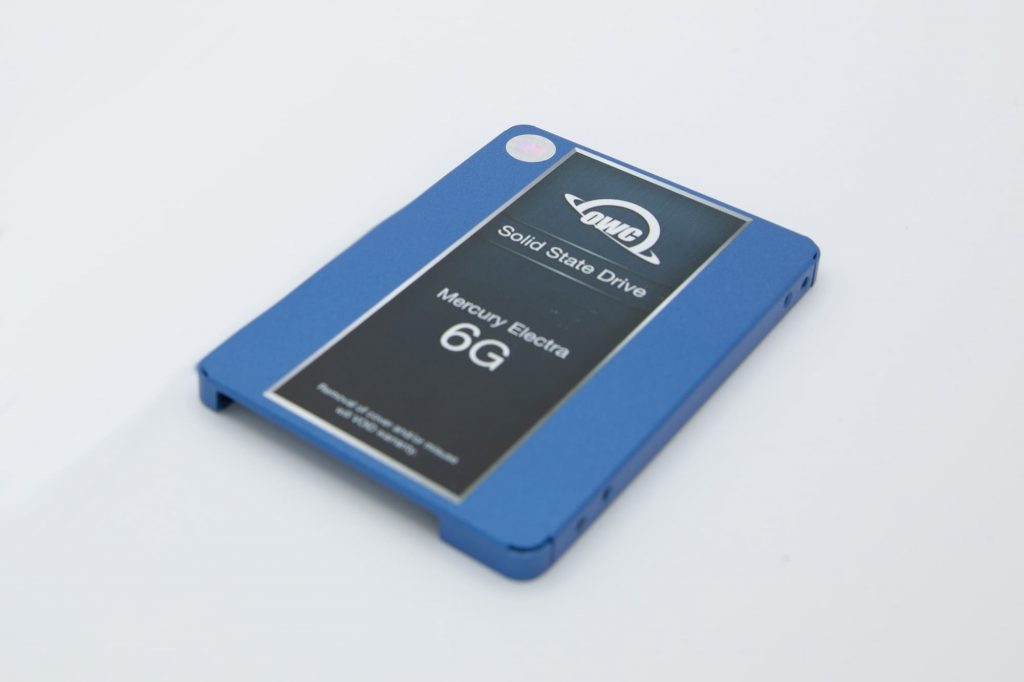 Our specialists found out that the problem was corrupted firmware. Diagnostics also revealed that the drive was previously unsealed and had scratches.

A local computer repair shop unsuccessfully tried to restore the customer’s data, which only resulted in a little dislodged NAND chip. The data recovery strategy for this particular case was to fix dislodged NAND chip, restore corrupted firmware and decrypt the self-encryption of the media storage device.

Hard drive firmware allows the drive to appear, as a result, of the characteristics of the drive. When the media is booted, it accesses the firmware on the internal disks and the chips located on the printed circuit board before receiving a command from the computer. If the firmware is corrupted or damaged, the hard drive cannot work, which results in data loss.

Firstly, our data recovery engineer had to position the dislodged NAND chips on the SSD correctly. Then he decided to proceed with Factory Access Mode, which allowed him to process the client’s data.

A factory access mode is reading raw data from physical data blocks. The blocks are returned in raw file formats with information on encoding and ECC data correction. Without extracting the chips, this is the closest thing to chip-off.

Even if the media cryptographic key is not encrypted, the data cannot be decrypted in this mode. So our engineer had to decrypt extracted data after this process. The technician successfully switched to factory access mode by connecting the solid-state drive to a unique NAND reader.

Our specialist read the firmware and service areas to rebuild damaged tables and rewrite the microcode. After uploading the microcode, translation table, and system data to the SSD controller RAM, the specialists accessed the data.

Self-Encrypting Drives or SEDs use hardware-based encryption to offer a more holistic approach to encrypting user data. SED drives are equipped with an embedded AES crypto chip for full disk encryption before writing and decrypts it before reading directly from the NAND media. Hardware encryption resides between the operating system installed on the drive and the system BIOS. 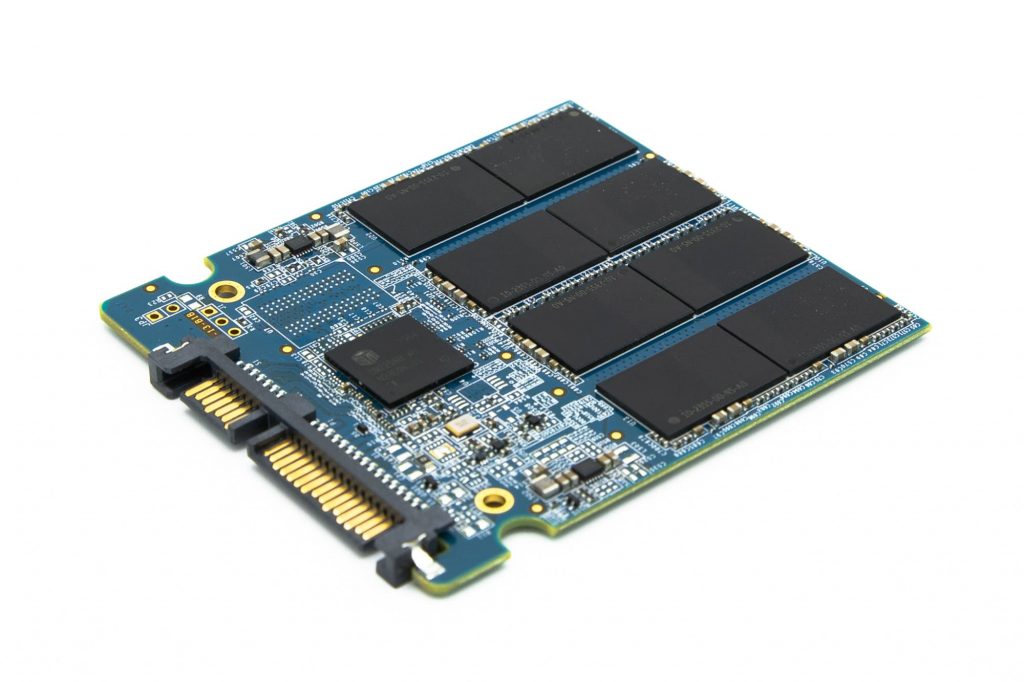 Our data recovery expert used exactly the same model solid-state drive to make a clone on it. He wrote the bypassing bridge through a connector. After the cloning was complete, the technician connected a USB bridge which decrypted all files. The data recovery expert successfully restored data.

The customer reviewed the results via a remote session and approved them. We shipped his data back to him on a new SSD drive and successfully closed the case.

Contact PITS Global Data Recovery Services at (888) 611-0737 to request our cutting-edge data restoration solutions. Our data recovery engineers will restore all your critical data in case of firmware failures and deliver them to you confidentially.