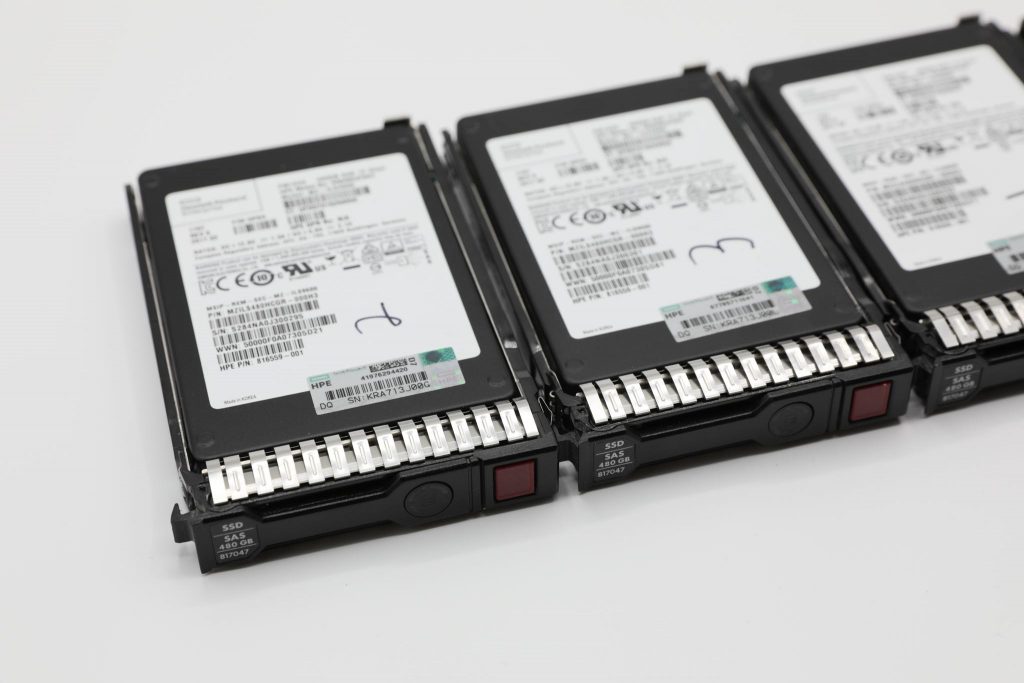 Of all the RAID systems, the RAID 5 configuration is the most popular and most balanced redundant array balancing its performance with fault tolerance. We have seen and recovered multiple RAID 5 arrays, dealing with all manner of physical and logical degradation errors. Our data recovery lab is equipped with powerful workstations and tools to deliver the result within the shortest timeframe.

Trusting your failed RAID 5 to us, you can rest assured that it will remain safe and recovered. Our long-year experience with thousands of damaged RAID 5 arrays made us reliable experts in precious data retrieval.

Note: Sometimes, people try to recover data from RAID using data recovery software. In some cases, with logical failure, this software can work. But unfortunately, mostly this way of recovery can prevent additional damage to the RAID.

This way, you risk losing all your essential data because you often have only one chance to recover a failed device. Instead of using RAID recovery software, you can contact a professional data recovery service with peace of mind and get your data back successfully.

Other benefits of our services are:

With a RAID 5 array, you can connect from 3 to 16 single hard drives specially aligned to configure successfully. RAID 5 is one of the oldest RAID levels used nowadays. It is considered to be the “father” of modern RAID parity arrays.

RAID 5 is practically the prototype of more advanced RAID data storage such as RAID 6 and RAID 10. While these systems may boast more features, RAID 5 remains the most cost-effective option.

Instead of utilizing strictly “striping” or “mirroring” data-saving techniques, RAID 5 arrays employ “parity data” to help recover lost bits of data. Striping saves data across disks in parallel alignment, while mirroring creates a replica of each drive for disk redundancy purposes. Parity technique, utilized in RAID 5, aligns multiple drives in a manner that safeguards your data without having to maintain a complete duplicate of it.

RAID 5 is saving parts of data blocks to each different disk. This way, the array can retrieve pieces of data from drives that fail through the simplified process. Still, even these reliable storage systems can fail sometimes. For these situations, our company and customer service are available 24/7 to help you anytime you need.

Being a more vital RAID array than RAID 1, RAID 5 can still experience physical and logical failures. Because of its fault redundancy, RAID 5 arrays tend to function as if everything is fine, but in reality, one disk can already go wrong, with another one not far behind it.

If you experience RAID 5 one drive failure, contact our responsive customer service team to research the case further. We can conduct RAID 5 data recovery assistance to avoid other drives’ failure and damage accumulation of component pieces.

We provide free evaluations and overnight shipping. Additionally, we offer emergency data recovery services for those whose cases are urgent with time windows as little as one day. We can recover your data from failed RAID 5 arrays in 8-48 hours, being able to handle even the most challenging case.

Whether you are an individual computer professional or a business that just experienced RAID 5 disk failure, call us right away for a free evaluation, and start your case.