PITS Global Data Recovery Services specializes in RAID data repair and can rescue data from any array level. We maintain a 99% data recovery success rate from enterprise-level storage systems and servers. The data recovery process in our company is secure, guaranteed, and professional.

All of our customers get immediate help, an individual approach, and technical consultation from our RAID data recovery experts, followed by successful data results. We hold more than 50 locations and labs across the United States to deliver an immediate and fast response to data loss cases. 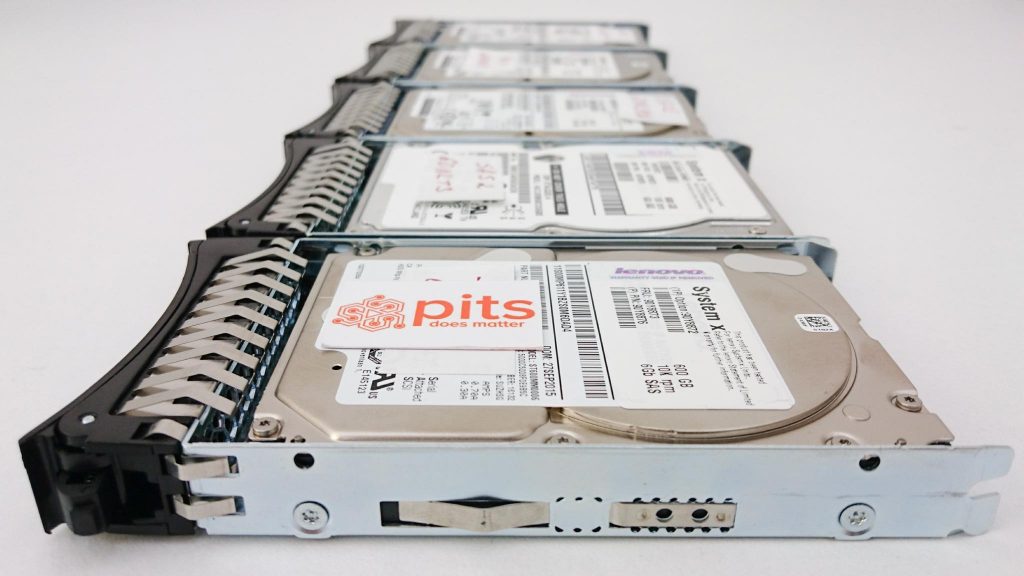 We repaired thousands of RAID 6 failed drives recovered over the past few years. Thus, our engineers are experienced enough to recover a device from any data loss scenario in the shortest timeframe possible.

Benefits of Our Data Repair Services are:

RAID (Redundant Array of Independent Disks) 6 arrays use parity technology as in RAID 5 arrays. They are a little more advanced and mature in their development.

Besides, they are safer and more reliable. RAID 6 arrays are at least as powerful, if not more so, than their little sibling. RAID 6 arrays utilize “parity” disk organization, just like RAID 5 arrays.

However, RAID 6 is the next generation of technology. It has a “dual parity” feature that spreads data across 4 to 32 drives instead of sixteen. By adding a second “parity data” block in each disk, RAID 6 achieves a level of fault tolerance not matched by its younger counterpart.

The annual failure rate of a RAID 6 system is arguably lower than, let’s say, a RAID 0 setup. Thus, while functioning similarly to a RAID 5 array, RAID 6 brings a level of fault tolerance that the other one cannot match. As a result, RAID 6 systems ensure no data gets lost after a catastrophic failure. While some feel RAID 5 has enough safeguards for data loss, those who want to be extra careful go with the “dual parity” RAID 6 array.

We would rank RAID 6 arrays somewhere between RAID 5 and RAID 10 (1+0) in terms of balancing cost, data safety, and efficiency. It is safer than RAID 5 but more expensive. Also, it is less potent than RAID 10 but arguably just as fault-tolerant.

For smaller businesses with modestly-sized configurations, many can afford it opt for RAID 6 or RAID 5. If the setup reaches a larger size, we may start advocating for a RAID 10 array.

Regardless of fault tolerance and performance, RAID 6 is the more secure, less speedy version of RAID 5.

Causes of Failures in RAID 6 Arrays

While more expensive and potentially slower, RAID 6 arrays are considered the superior RAID level to RAID 5 systems. However, like with all machines, there is an inherent failure rate that comes with mass production. Thus, we have recovered even RAID 6 arrays crash from logical disk failures.

Our engineers are experienced in performing RAID 6 data recovery by rebuilding the entire array. However, unforeseen physical damage is usually the main concern with a RAID 6 array. We recommend doing regular health checks and setting up alarms to receive notifications about failures. This way, when one drive in your RAID 6 array fails, you will notice the slightly hampered performance and warning signs.

Note: if you experienced RAID 6 failure, you can contact our customer service to apply for an evaluation. Additionally, after we recover your lost data, we will provide you with a backup plan. This way, we ensure that you never face such an issue anymore.

Again, just because RAID 6 has excellent fault tolerance does not mean you should use it as your backup disk.

We offer technical assessment and overnight shipping services for failed RAID 6 arrays, as we do with all storage devices.

Additionally, we offer consultations after we recover lost data. This feature is convenient for companies struggling with which RAID array to use (and how to back it up). There we discuss how to set up a backup system for your company data expertly and copy critical data to external hard drives.

Besides this, we will make sure that the backup meets data safety protocols that do not interfere with your day-to-day operations.

If your case is extremely time-sensitive and you need access to lost data immediately, we can recover your device in 8-48 hours. We offer emergency services for businesses that cannot wait for a long time to get the data back. Contact us at (888) 611 0737 or fill in the request form, and we will respond as quickly as possible!