What to Do If Hard Drive is Corrupted 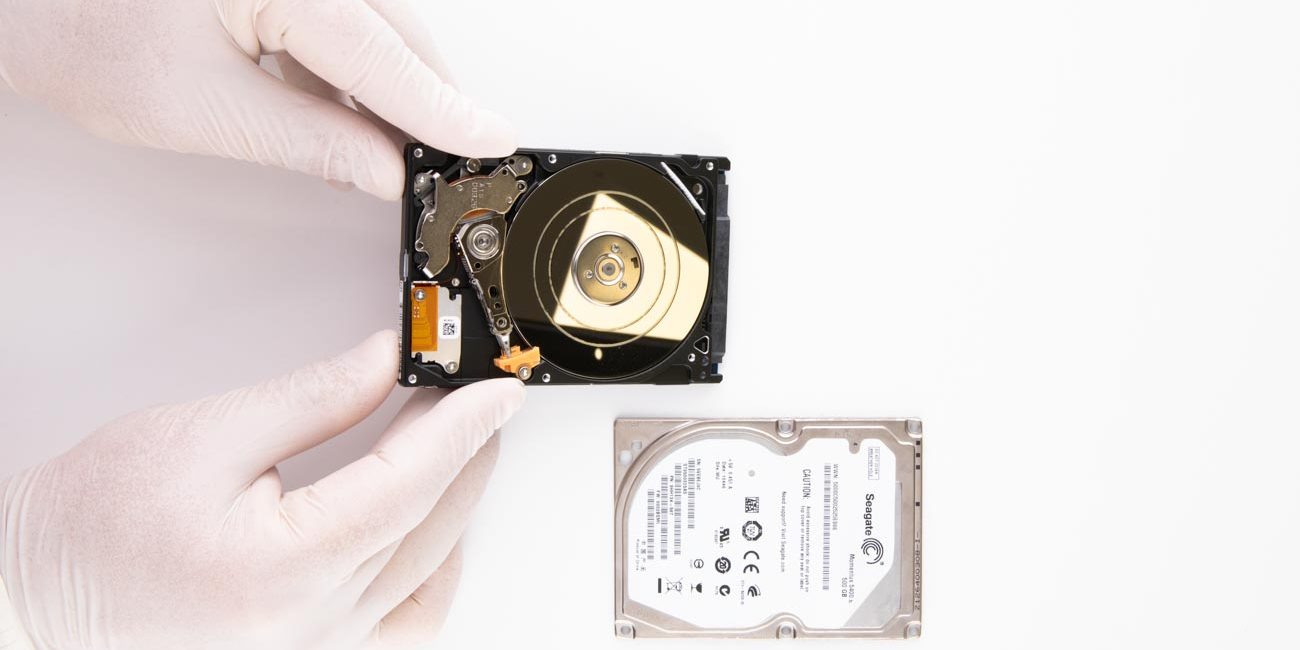 When a hard drive failure arises, it can not stay unnoticeable. Hard drives are usually showing their users that something is wrong immediately.

You can detect hard drive corruption by sudden system shutdowns, program crashes, and blue screen of death. These errors prevent the device from carrying out processes correctly, which causes file damage.

Folders can also disappear completely, and your computer’s operating system may refer to bad sectors when refusing to execute required commands.

What to Do When Your Hard Drive Fails

Hard drive malfunction has a lot of severe consequences, including expanded downtime and data loss. To avoid complications caused by failure, many users try to solve the problem by themselves. However, saving money and resources when the device stores essential files is not a good option.

When noticing any failure signs, our team recommends contacting a professional data recovery company. But before that, not to make the situation worse, there are several steps you should go through and several actions you should avoid doing.

Our specialists recommend regularly backing up your files, so that hard drive corruption would not cause severe damage.

Power Down the Hard Drive

As mentioned above, hard drive failure is immediately showing up its signs. Usually, it is expressed with unusual noises, excessive vibration, and overall slow performance. When noticing any of these signs, turn off your storage device. If the breakdown occurred due to physical or mechanical reasons, continuing to run your hard drive can be critical.

By using an internally damaged hard drive, you can make the recovery process impossible. Thus, just powering down the device and not restarting it is the best solution.

Do not Open the Drive

When a hard drive crashes, many users try to find out what caused it. Still, we should understand that sometimes the problem is caused by logical damage, such as viruses. Consequently, these reasons won’t show up when opening the drive.

Another thing users try to do is to repair the hard drive at home. However, by replacing broken parts, you will not fix the hard drive.

In addition, repairing the hard drive in unspecialized facilities can damage a fragile device. Not to cause subsequent corruption to failed drive, our professional engineers perform data recovery only in ISO Certified Class 10 Cleanroom.

This way, technicians do not put your essential files at risk and achieve maximum restoration results. In the cleanroom, we have a controlled environment with no dust, a low concentration of airborne particulates, and fixed humidity.

There are many repair and file restoration tutorials on the Internet and no fewer data recovery tools. However, downloading and installing them on a failed hard drive can lead to several data loss scenarios.

First, by downloading anything on your failed drive, you will overwrite lost data so that it will be deleted entirely from the surface of your platter.

Second, these utilities do not guarantee successful results. They may retrieve your unused files, while essential documents will be lost forever.

Third, unverified data recovery applications can contain trojan horses and malicious files. So by using these apps, you may add one more problem to the failure.

Collect All Information about the Failure

Paying attention to your hard drive’s behavior when it is malfunctioning will be beneficial. Every type of failure has its signs, so it will be easier to define what is wrong when collecting all symptoms. The diagnostic of the failed hard drive can be performed based on the error messages and unusual signs. It will also be helpful to provide data recovery experts with a description of the failed device: its brand, model, storage capacity, and year of issue.

Facing hard drive failure can be stressful and complicated, but fixing a corrupted hard drive yourself is not a safe choice. Not to put your important data at risk, entrust your device to professionals.

When noticing clicking noise, buzzing sounds, or files missing, fill out a request help form, or call us at (888) 611-0737, and we will find the best solution for your corrupted hard drive.