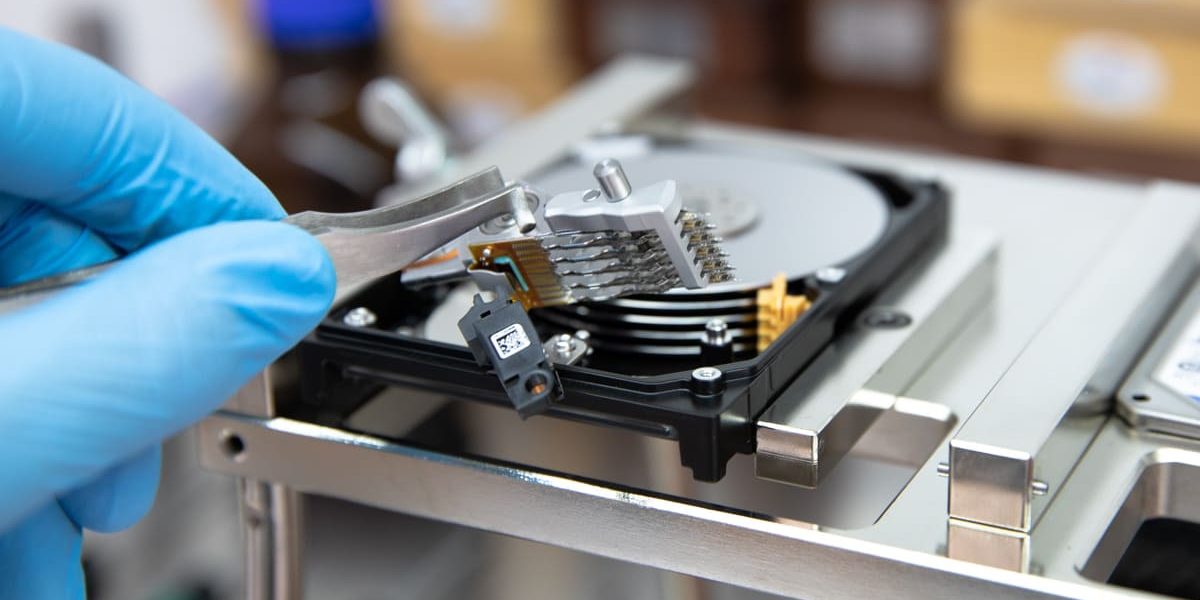 Hard disk drives are susceptible to failures due to their infrastructure. Moving parts of an HDD makes it exposable to physical damage, which leads to severe consequences for a user.

Given the complexity and sensitivity of a hard drive, its reliable and long-lasting performance is a benefit. This is especially true for hard drives in portable devices such as laptops. Hard drive platters spin at thousands of revolutions per minute, and disk heads hover at a minimal distance above their surface. However, if the heads crash into the platters, it causes one of the most widespread signs of data loss – a clicking sound.

Hard drives usually make clicking noises when working properly, with some models making more noise than others. If the hard drive clicks louder than usual, it may be a sign of a severe problem.

If it clicks unusually loudly and the data on it becomes inaccessible, it may be what is called a “click of death.” When a hard drive sounds louder than usual, the first problem is mechanical failure and data loss. Assuming that the drive is still functioning, it is recommended that you back up your data before you troubleshoot, just in case there is a failure. If the data is extremely valuable, another option is to power the drive down immediately and turn it over to a professional data recovery service.

Before you start resuscitating the hard drive, you need to understand the causes of atypical sounds in the hard drive. Sometimes the clicking sounds are caused by unrelated to the operation of the device factors.

Not Enough Power. This happens due to a failed power supply. You may need to connect a charger to provide more power to the device. 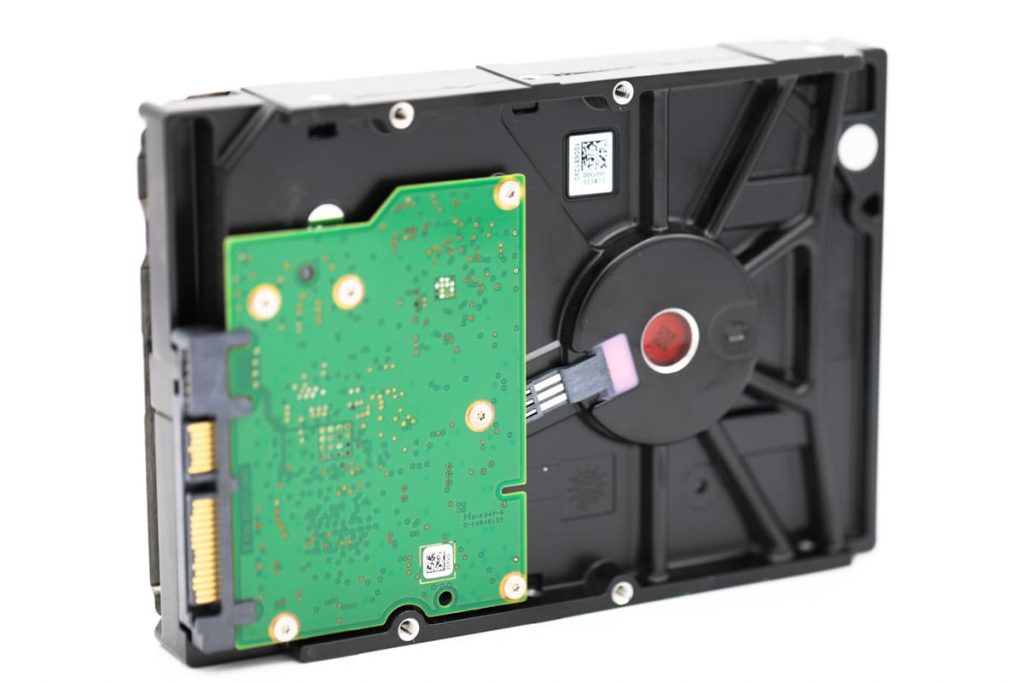 Power Failure. In this case, the media may also not boot. There are also other signs that can indicate this problem, for example, the flashing of electric lights.

It is preferable to unplug the hard drive from a power source and wait until the voltage returns to normal. Otherwise, there is a risk that the next surge will burn out the HDD component.

Broken Cable. Replacement of the wire or restoration of the damaged place can easily solve this problem.

Overheating. When the cooler does not work properly, the hard drive will overheat, and its speed will significantly decrease. With severe overheating, HDD may not start or shut down independently. The first step in such a situation is to check whether the cooler works properly.

Dust can be another reason for overheating. Therefore it is necessary to clean the storage system unit regularly.

What to Do if Hard Drive is Clicking?

When noting a clicking sound from your hard disk drive, you need to be very careful. Each wrong step can cause more damage to the device. There are many options on the Internet that can guarantee successful results. However, using them is very risky.

Data recovery software often becomes a solution for logically damaged devices. However, when the clicking sound comes from a hard drive, the problem lies within the device’s physical components. Hence, a recovery program will bring no results.

Moreover, continuing to run the drive can cause irreversible damage, as read/write heads may scratch off the data stored on the platters by going through them. 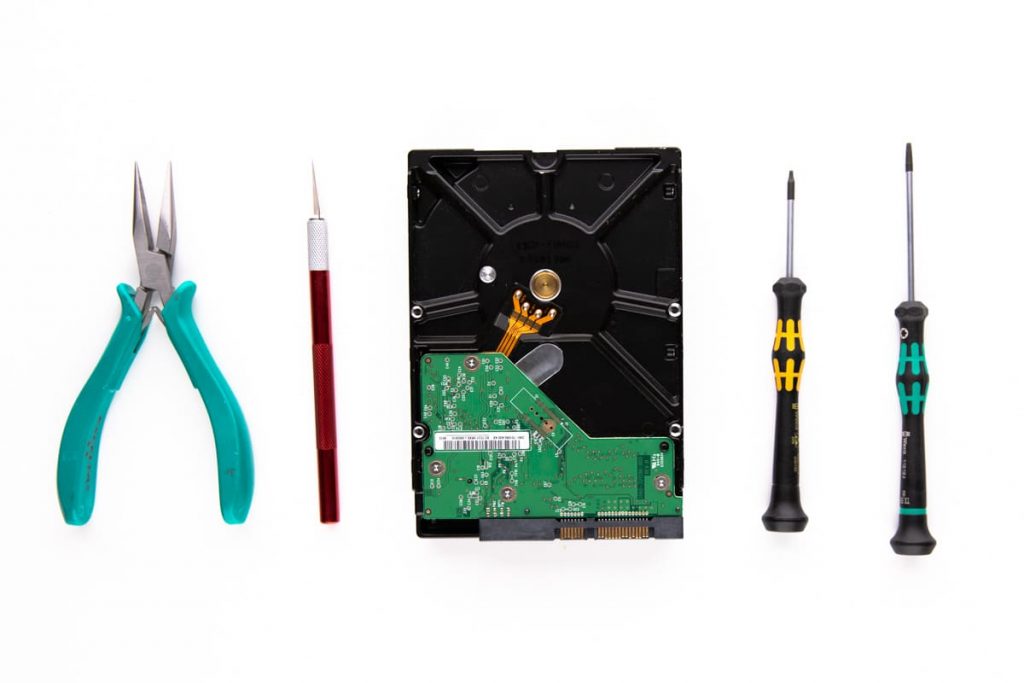 Therefore, power down the device as soon as hearing a clicking noise coming from the HDD. Do not try to repair the device at home. In this data loss scenario, it is essential to open the device in specialized facilities. Therefore, after powering down the device, contact a reputable data recovery company.

PITS Global Data Recovery Services offers restoration from clicking hard drives. Our specialists have years of experience working with various data loss cases, and we have achieved high success rates through these years.

Our company recovers lost data from internal and external hard drives using the latest tools and advanced techniques. Working in ISO Certified Class 10 Cleanroom, we safely restore all the required data from the HDD and deliver the highest level of service to our clients.

Starting the recovery process with an evaluation, we thoroughly review the hard drive. This way, we estimate the level of damage and cause of data loss. Based on this information, our technicians choose the most suitable data recovery strategy for your device.

Request help from our skilled data recovery experts today by filling out the request help form below. If you have questions regarding our recovery service, do not hesitate to call us at 888 611 0737.